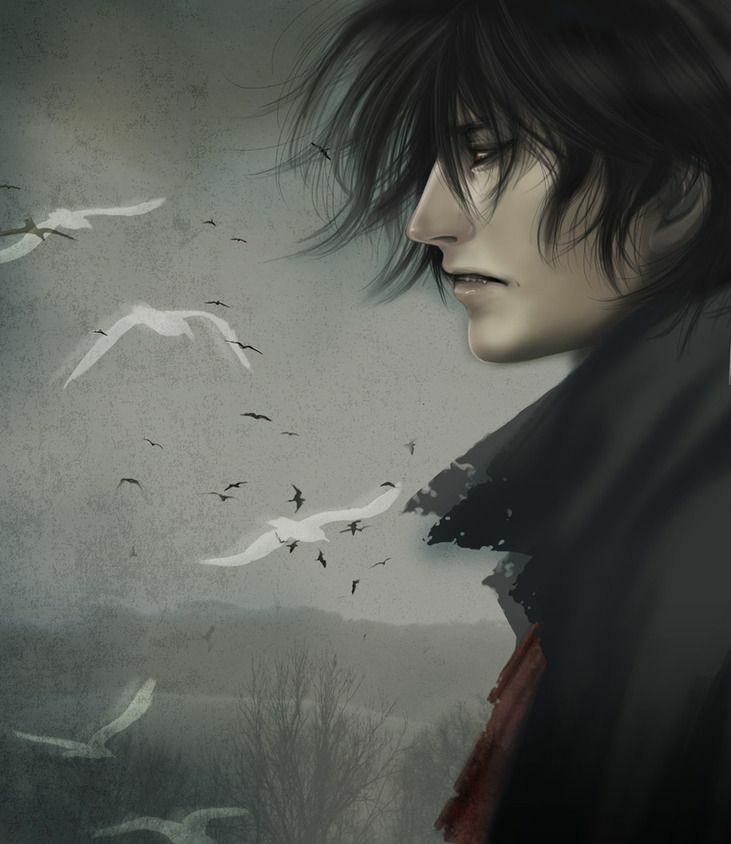 Name: Hoshi Hanazaki
Age: Over 800
Birthday: Alive during the Kamakura Period of Japan
Occupation: Serial Killer
Hair color/type: Straight and shaggy; nearly black. It has varied in length over the centuries but is currently cut just below the ears.
Eye Color: Sapphire blue (Violet in 'other' form)
Height: 6'0"
Race: Asian
From: Somewhere in Japan
Class: Vampire (died Human)
Distinguishing marks: NA
Clothing: All black with very little color aside from accents of maybe purple, red or gray/white. He wears plain dusters/trench coats frequently, plain shirts and button ups, and can often be found sporting black leather gloves on his hands. Always seen with a simple katana at his side.
Relations: Raiden is his son and Jeff is his "pet." He has a daughter named Akari with Cyrus.

A brief history: Hoshi was born somewhere around 12th century Japan at the dawn of the invention of samurai. This was a strange time where demons and yokai still walked the land among humans much like Princess Mononoke or Inuyasha. Not much is known about his childhood or formative years, however what is known is how he was changed to the monster he is today. Falling deeply in love with his best friend Kaito, Hoshi was afraid to confess to him. Not acting quickly enough, he watched as a woman named Kana stole the man he loved away... A sinister woman he soon discovered that disguised herself as something akin to a kitsune from Japanese folklore. Unbeknownst to anyone, she was actually a vampire and changed Kaito to a minion of her own (to travel with her away from Japan and serve her.) Hoshi caught wind of this and somehow found a way to change himself into the same type of Vampiric beast and pursued both Kaito and Kana as they left Japan. The change in Hoshi broke him and he has never been the same since, becoming more and more malicious with every century. He has traveled to many parts of the world, most notably England during the Victorian era and blood and death follow in his wake. He did eventually find Kana and Kaito and murdered them both in coldblood.

Hoshi hates Raiden as Vampires are not particularly meant or well equipped to have children (it is a very rare event.) A Vampire will either love their children unconditionally or completely loathe them. Of course, Hoshi chose the latter and pursues Rai to use for his own benefit (with the ultimate goal of destroying him in the end.) He had his daughter Akari to take his place in the event of his death to continue to pursue Rai and carry out his other killings and chaos for more centuries to come. 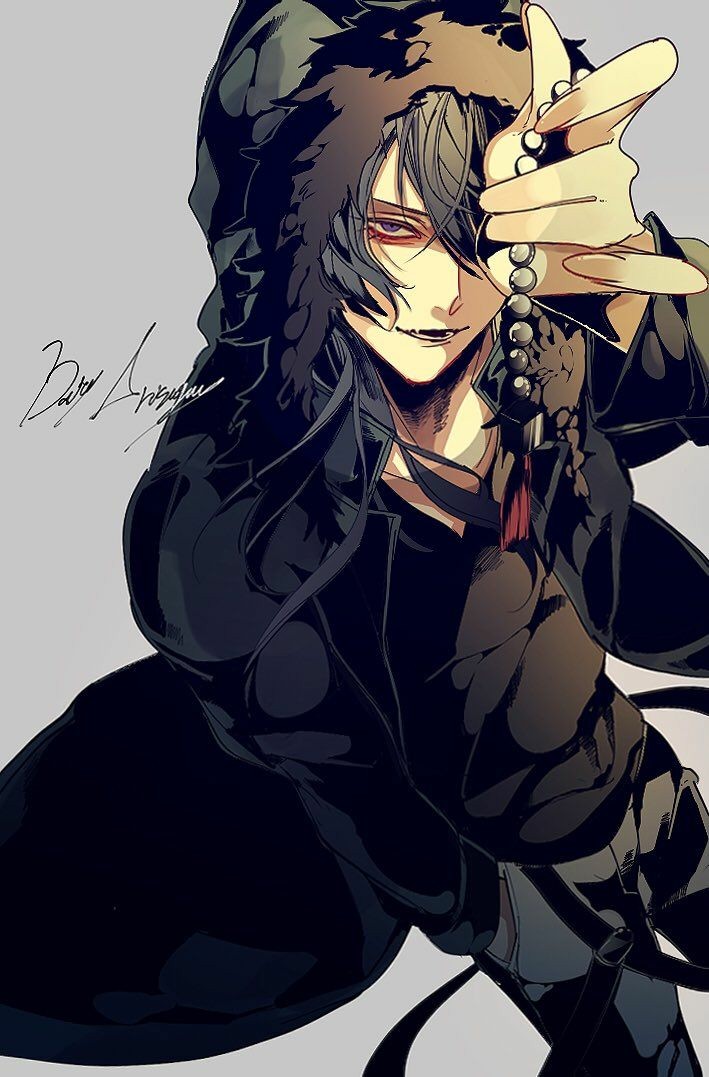 Name: Jeffrey (Last name unknown)
Age: Appears to be mid to late 20's but no one knows for sure
Birthday: Unknown
Occupation: NA
Hair color/type: His hair is messy and unkempt, kept near the neck. It is a strange grayish blue in color.
Eye Color: Gray
Height: 5'9"
Race: Unknown; appears Caucasian
From: Unknown
Class: Half Vampire
Distinguishing marks: NA
Clothing: Simple t-shirts and jeans, usually lacking shoes for whatever reason. His jeans often have holes and shirts sometimes have tears. His t-shirts frequently are adorned with childish ventures or are simply blank.
Relaions: Hoshi is his "master"

A brief history: Little is known about Jeff aside that he was once a patient at a high risk psychiatric facility. Hoshi took a liking to him while searching for victims, speaking to the man through the walls and window at night and convincing him to go away with him. Jeff was immediately smitten and allowed Hoshi to spirit him away. All Jeff's records and information at the hospital were destroyed (presumably by Hoshi) and he has been by the man's side ever since. It is theorized Jeff is the way he is from severe neglect and emotional trauma from his parents that started at an early age. His mental health has rapidly deteriorated since being with the ancient Vampire, Hoshi purposefully botching Jeff's forced transformation into a Vampire and causing it to decline even more. 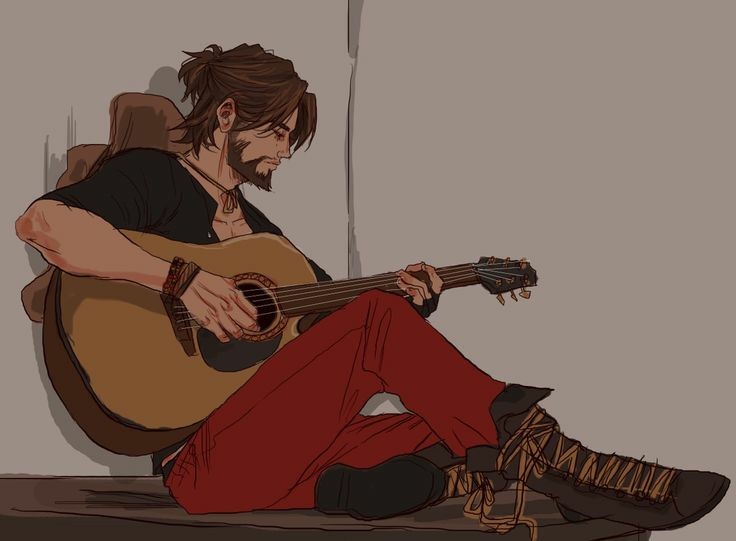 Name: Regan Valencia
Age: 57
Birthday: August 24th
Occupation: Artist/Composer/Dancer/Actor/Singer
Hair color/type: Dark brown and varies between short and stylish and to his shoulders, also stylish.
Eye Color: Forest green
Height: 6'2"
Race: Latin/Caucasian
From: Madrid, Spain
Class: Human
Distinguishing marks: NA
Clothing: He wears tailored designer clothing that tends to be a bit flashy. He is almost always seen with long sleeves and sunglasses on when he's out in public.
Relations: He once dated Yasuo (Suo was 16 at the time and he was 30) for a year before he sadly passed.

A brief history: Regan was born in Spain to a single mother struggling to get by. Not only was she a drug addict, she also sold her body for cash to random men, attempting to support herself and her son she didn't really ask for. His mother was never the healthiest person in mind, and the stress of the added responsibility of a child with no support caused her to grow more and more unstable as Regan grew. She not only neglected him purposely, she also attempted to abandoned him several times, incidents that Regan vaguely remembers. One fateful night, an argument over payment with a strange man she had her in bed went awry and the man strangled her to death before fleeing their home. Regan spent an unknown amount of time in their small apartment with her decaying body before she was discovered, the boy too young to understand what was really wrong and call for help.

Having no other friends or relatives, Regan was adopted out to an extremely affluent and rich family soon after. They paved the way and drove him to succeed, and succeed he did, toted as a prodigy in the arts at an early age. Charming, confident, handsome, intelligent and talented, Regan quickly rose in ranks when it came to music, dancing and painting and was widely famous for his ventures by the time he was in his 20's. However, most of his attitude was smoke and mirrors, as behind closed doors Regan struggled with his own mental health surrounding trauma from his mother and the possible weeks he spent with her corpse. He began abusing drugs, much like his mother, and found solace in hiring prostitutes that reminded him of her. This is the time he met Yasuo, a young male prostitute that immediately had the older man intrigued, and he quickly began to fall in love with him. They spent about a year dating, where Regan took the young man into his home and under his wing, going so far to teach him some of the arts and pay for his schooling. Yasuo was even beginning to get Regan back on the path of the straight and narrow, but, sadly, it was short lived as Regan passed from a freak accident not long after their anniversary. 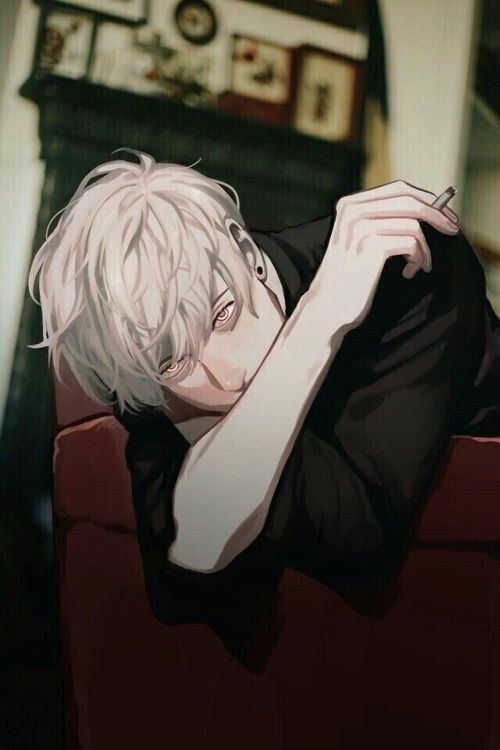 Name: Virgil Legna
Age: Appears 16 or 17 (real age is closer to 50)
Birthday: October 13th
Occupation: Clerk
Hair color/type: Feathery white and kept short.
Eye Color: NA
Height: 5'5"
Race: Caucasian
From: US of A
Class: Vampire
Distinguishing marks: With heavy, brutal scarring around his eyes, he is completely missing them. They are just holes of empty sockets as he is 100% blind.
Clothing: He dresses very casual and plain. T-shirts and jeans with sneakers and hoodies. His clothing tends to be rumpled and stained as he can't see it.
Relations: Cyrus is his foster brother and Jericho is his son. Jeri and him look strikingly similar to those that have met both. Andre and the kids are his nieces and nephews.

A brief history: Similar to Cyrus, Virgil was born in 1970's in the US to a well to do family. An only child, he never really fit in with his peers and never made friends easily. Concerned for his wellbeing, his parents decided to adopt a boy his age and that is how Cyrus came into his life. They were best of friends until their teenaged years where something, whether it be hormones of the age, seemed to click and the two started a secret relationship together. They were caught and their parents promptly disowned and kicked out Cyrus for influencing their biological son. They planned on sending Virgil away to a boarding school at this time but before they could; Cy returned, changed into a vampire. He was violent, angry and crazed and attacked Virgil, transforming him forcibly and removing the boy's eyes in the process. Virgil fled from his life entirely, running away as he struggled to handle his mistrust of his family and his loss of sight and new form. Years passed of him living from place to place on the streets, doing what he barely could to keep by. Eventually, a very large and ancient werewolf named Teybir grew obsessed with him, coercing the man into a relationship with him over time. The relationship was rocky from the start, full of gas-lighting and guilt tripping. Virgil, having no idea he could, ended up pregnant and giving birth to Jericho at about the same time Cyrus had Andre. Unbeknownst to Virgil, Cy had his child with Teybir's best friend and it wasn't too long before the two finally saw each other again. Changed, Cy desperately tried to reconcile which Virgil reluctantly accepted, wanting someone in his life besides the man abusing him. Feeling trapped in his life, there came a point where the man disappeared entirely, presumed dead.